being addicted to coke zero

Coke zero is something that I have definetely been addicted to at various stages throughout my illness. There were some stages when would drink atleast 2 litres of coke zero every single day. Sometimes I may still have 1 small bottle or can of coke zero per week but I certainly do not feel as though I need to drink it, like I once did.

When I was in a half recovered state, my body wanted sweet foods so much but I obviously just let myself have enough of them, which meant that I wanted to drink coke zero all the time and I also remember going through a stage where I would eat stevia sweetner by the spoonful to try and satsisfy my sweet tooth.

I can see how people can lose control with food and binge whilst they are restricting as I most likely would have too, if I hadn't had coke zero to drink as well as sweetner to eat. I remember feeling as though I had lost control when I was eating spoonfulls of sweetner as my body just wanted soemthing sweet so badly.

Losing control like this really scared me though as I was also worried that it coud happen one day, with something other then stevia or coke zero. Luckily it didn't happen though as otherwise I think I would have been tempted to make yself sick, which is what I used to do whilst my anorexa was first developing.

Since following my meal plan that has lots of sweet foods in it as well as healthy foods, I no longer have sugar cravings. In fact, I rarely have cravings for any type of food in particular at all. This suggests to me that my meal plan is well balanced and provides by body wth all of the nutrients it needs.

I am so glad that I am no longer addicted to coke zero. Although it desnt contain sugar, I know that all ofthe chemicals it does contain are terrible for you. My teeth are really sensitive and I mainly blame coke zero for that as I think that the coke zero washed away all of the enamel from them.

While I still enjoy the occasional coke zero, I will never agin let it become an everyday thing again. If I ever do start drinking it all th etime again, I will see this as a warning sign that I am not giving my bosy what it needs as I know that drinking coke zero is something that I do when I am not letting myself eat enough sweet foods.

I need to try and rememeber that if I ever feel as though I need something sweet, this is probably an indication that my body does want/need sugar so instead of having the artificial and calorie free kind, I will instead treat myself to something that actually contains real sugar so that I actually satisfy my craving. If you think you may be aaddicted to diet drink such as coke zero, I highly suggest you try to overcome it as it really is not a halthy lifestyle choice. 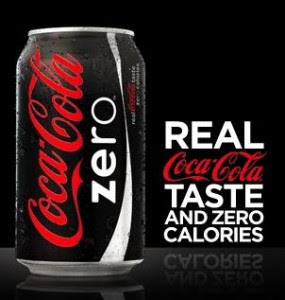