Last night I watched a program called 'Sunday Night' which featured a story about a man doing a Paleo diet challenge which I found quite interesting. Dieticians are very sceptical about this type of diet and I must say that I completely agree. While I had heard the term Paleo diet used before, I actually didn't realise just how restrictive the Paleo diet is. The definition of the Pa\aleo diet is as follows

I honestly think that if a person wants to limit their intake of sugar and processed foods then that is their choice however I am not convinced that going completely paleo is a very good idea for anyone. For example, I do not think that people need to cut out all dairy products, legumes and wholegrains in order to be healthy. Early humans may have survived on only meat, fruit ad vegetables however I do not think that this means that it is necessarily the best way to live. Afterall, the life expectancy of people was much less back then, than it is now. 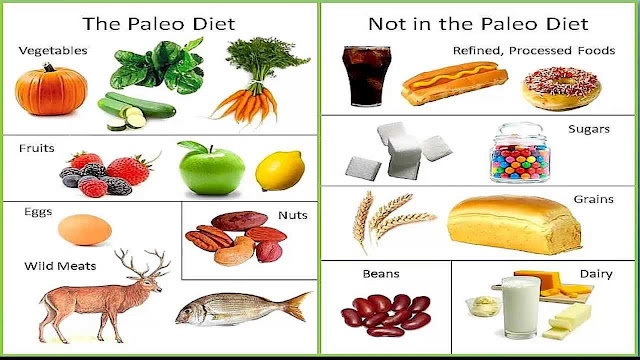 I do not think it is a bad idea to try and limit the amount of processed foods you eat and I think it is good to eat as much nutritious food as you possibely can however I think that eating only Paleo foods is extremely restrictive and not necessarily healthy at all. One reason why I would never go fully 'Paleo' is because I simply enjoy non Paleo foods too much. Some people claim that it is better to only eat Paleo foods as all other foods are not good for our bodies. I think it is fine to eat non-Paleo foods however, as long as you eat them along with nutritious foods and in moderation.

Some people may be intollerant to various food groups and may feel better for cutting prticular foods out of their diet however I do not think that there is any need to cut the non paleo food groups out of your diet if your body seems to cope with them fine. For example, no food groups make me feel unwell or cause me digestive discomfort so I do not avoid any food groups and do not think it is necessary for me to do so. I think I have spent enough of my life worrying about food and restricting what I eat to continue doing it anymore for no good reason.

If you want to "health up" your diet, by all means do. But rather than going paleo, try this:
What are your opinions on the Paleo diet? Would you ever try to follow it yourself?